Alliance for a Healthier Generation 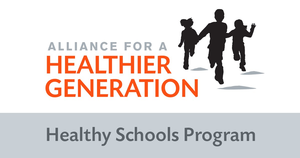 When it comes to America’s healthiest schools, McAllen ISD is tough to beat.

The district leads the nation with 18 schools earning Silver Medal awards and being named among America’s healthiest schools by the Alliance for a Healthier Generation, it was announced May 16.

In addition, all 32 eligible McAllen ISD schools are on the National Healthy Schools Awards list for the fourth straight year since schools attain their Gold, Silver or Bronze status on a two-year cycle.

With 18 schools, McAllen ISD has more Silver Medal winners than any other school district in the country. They are:

McAllen ISD has had all its schools recognized as Gold, Silver or Bronze since 2014-15.

This represents the district's greater efforts to promote and instill healthy-living habits for its students. McAllen ISD was the first school district in the nation to have 100 percent of its eligible schools recognized under the old Let’s Move! Active Schools program which was under the AHG umbrella.

According to The Alliance, about one in three kids today are overweight or obese. Studies show overweight kids are likely to become overweight and obese adults.

The Alliance for a Healthier Generation works to reduce the prevalence of childhood obesity and to empower kids to develop lifelong, healthy habits. Research shows a strong link between a young person’s practice of healthy habits, including a good diet and regular physical activity and an improvement in their overall life outcomes.

Begun in 2006, the Healthy Schools Program has grown to become the nation’s most extensive effort to prevent childhood obesity in schools and is now building healthier school environments for more than 18 million students in more than 31,000 schools in every state plus the District of Columbia and Puerto Rico.